Testing the Symmetrical Beauty Theory on Some of the Best Supermodels

Each season, thousands of the country’s most fashionable men and women head to New York City to preview the clothing that American’s will be wearing the following season. But jewelry, clothes, and shoes aren’t the only beautiful things that New York Fashion Week attendees are in awe over; the models themselves also attract attention. After all, models are in the industry because they are known for being some of the most physically attractive individuals in the world.

At the beginning of September, Fashion Week once again brought some of fashion’s elite to NYC and magazines, bloggers, and influencers began sharing photos of these beautiful models. Seeing all of these photos got the team at Bella Ella Boutique thinking, “what makes these models and the supermodels of the past so appealing to look at?” Sure, they have great skin, pretty smiles, and were genetically blessed with strong features, but is there anything consistent across the most famous supermodels throughout time that made them successful in the model industry? We wanted to dig deeper.

Knowing the commonly held belief that those who have more symmetrical faces and bodies will be perceived as more attractive, we decided to test out the theory on our favorite supermodels. So, we compiled pictures of some of fashion’s most beautiful and memorable faces and we edited the images to see if they truly had perfect symmetry. 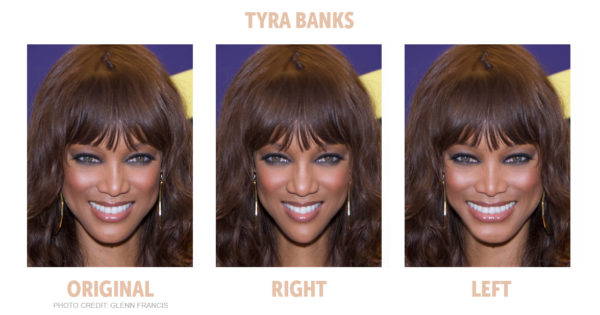 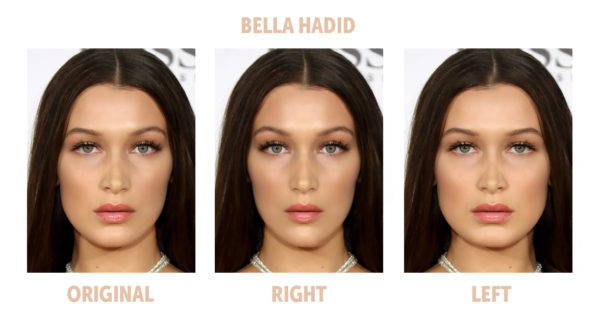 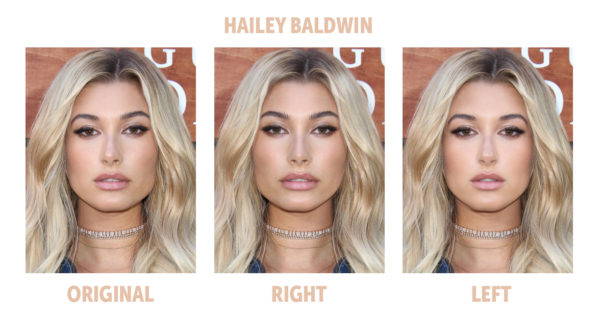 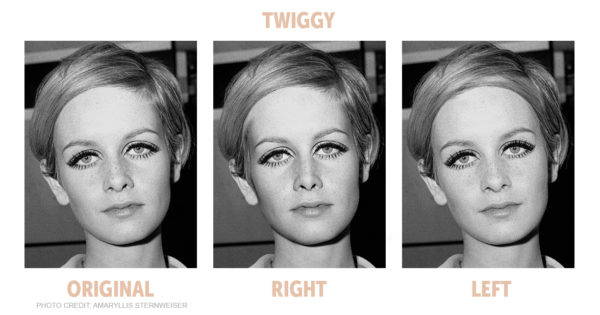 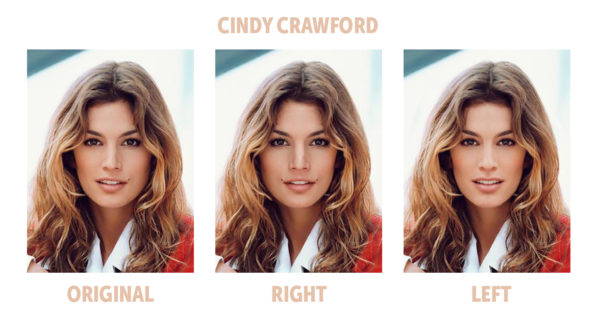 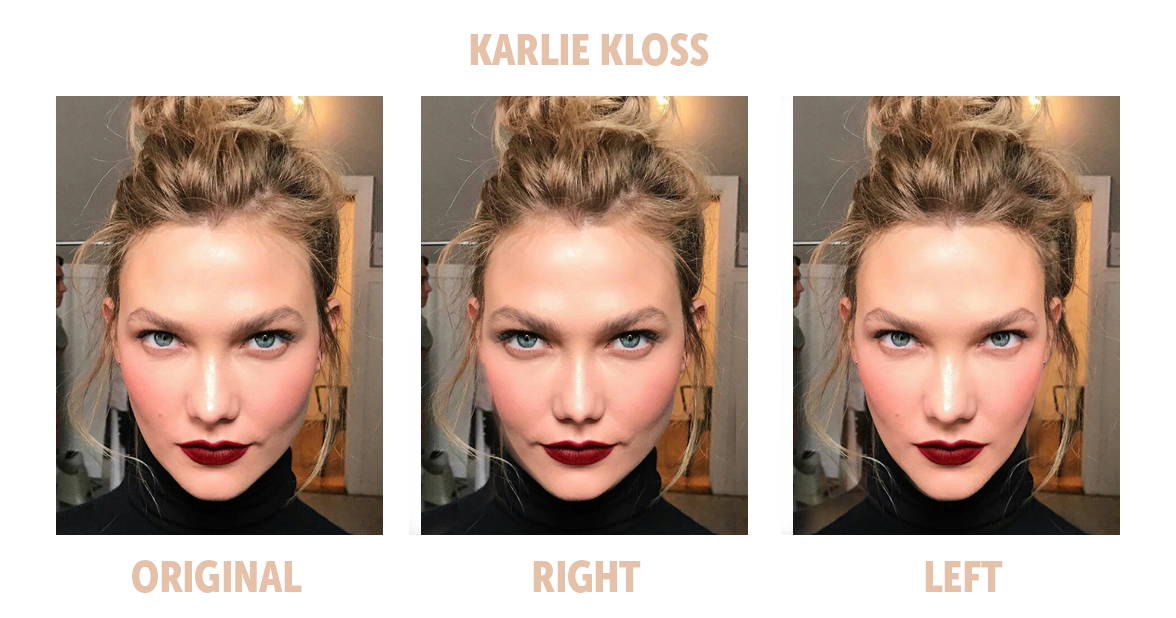 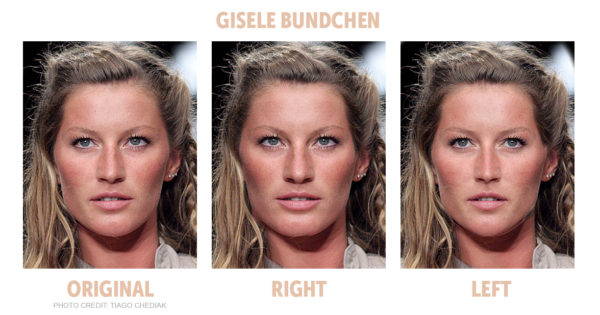 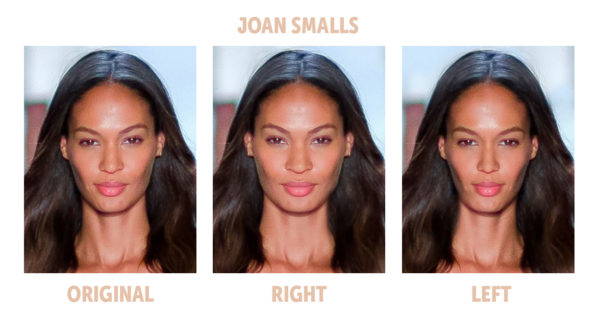 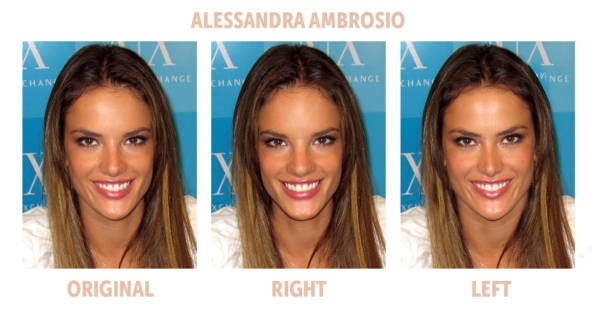 While some of these photos look insanely similar, others have shocking differences. Twiggy appears to have one of the most symmetrical faces, but Alessandra Ambrosio has clear differences between the left and right side of her face. Of course, both of these supermodels are beautiful. So, does this disprove the symmetrical beauty theory? Tell us your thoughts in the comments below or share with us on Facebook! 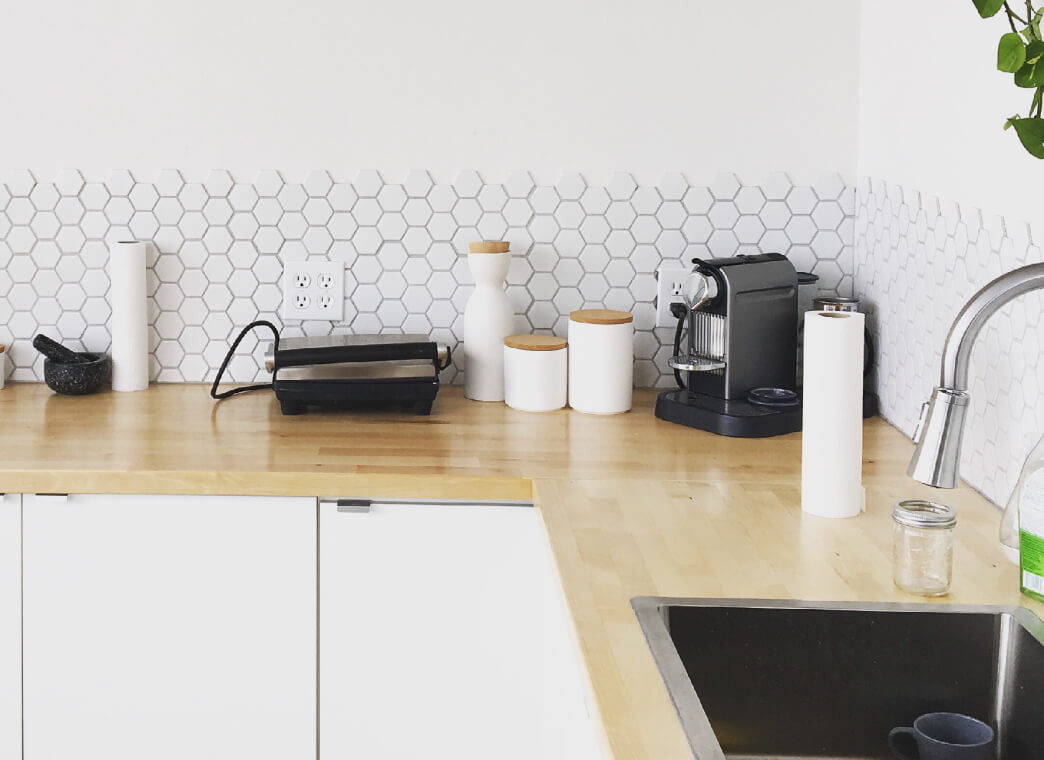 Are you ready to get your spring cleaning game face on but not really sure where to start? Good news: there’s a quiz for that, plus we have some spring cleaning tips to help you get the most out of your cleaning this year. 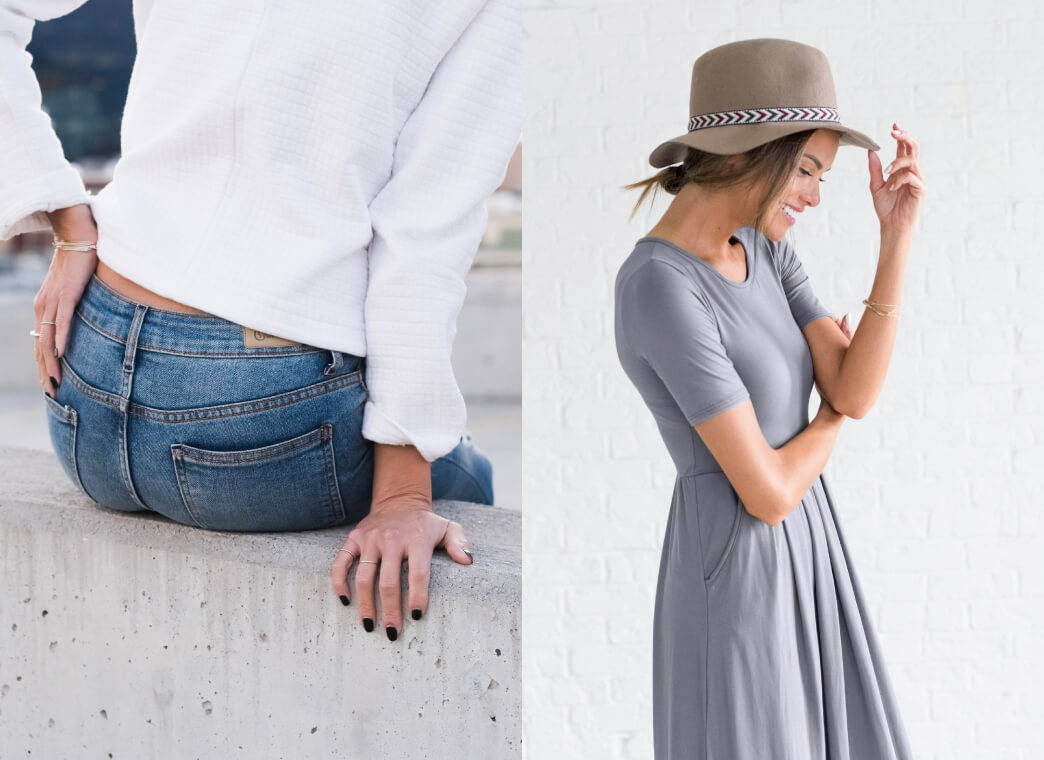 We’ve compiled a list of 5 Wardrobe Essentials your closet needs. Trends come and go, but these essentials are here for the long-haul. Take a look, get some inspiration, and never have that “I-have-nothing-to-wear” moment again!

Every single woman looks better, and more human, with their actual faces. All of them.

This is so cool and highlights the beauty in imperfection.

This is really interesting. I hadn’t ever paid attention to differences before seeing these pictures.

Very interesting article…Thanks for the info!

i heard about this a long time ago. however, i see many of the top models today do not have symmetry in their faces.

This was a neat post! Really interesting and cool to see this theory tested, makes me wonder how mine would turn out! lol

Wow! That was fun! Most looked best in their original pic. A couple looked really bad in the altered pics.

the comparation is great i love it

I am so glad you did a post on this! I have read so many things about how the face is more beautiful when it is symmetric. This goes to show our faces do not have to be completely symmetric to be beautiful! Reminder that we are beautiful even without most of us having a symmetric face. :)

Amazing, I had no idea these supposedly “perfect faces” were really just like everyone’s & are still beautiful.

Super interesting to see the comparisons! Doesn’t look like most models faces are perfectly symmetrical, which means they are human, just like us!:)