Married Americans in Each State Rate Their Spouses 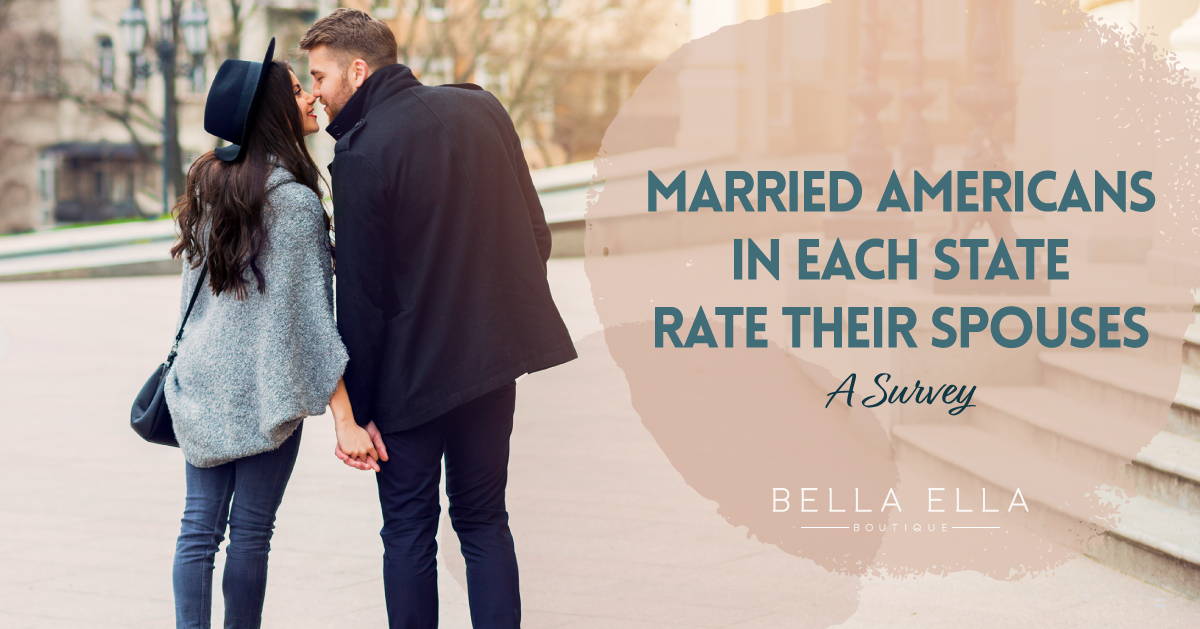 Relationships are hard work. Even when keeping the peace with your partner is easy, adult life demands labor, errands, chores, and all kinds of other responsibilities. These things obviously take a toll on couples everywhere, but just how big is that toll? We wanted to get a closer look at the inner workings of the average American marriage, so we surveyed husbands and wives across the country, asking various questions about their relationship with their partner.

We surveyed 1,905 respondents across the U.S. in December 2021 and asked them all kinds of questions about their spouse and their marriage as a whole, from the cooking and cleaning practices of their loved one, to both parties’ communication habits, to the health of the sex life in the relationship. Each survey also asked the respondent to rate their spouse on a scale of 1-5. 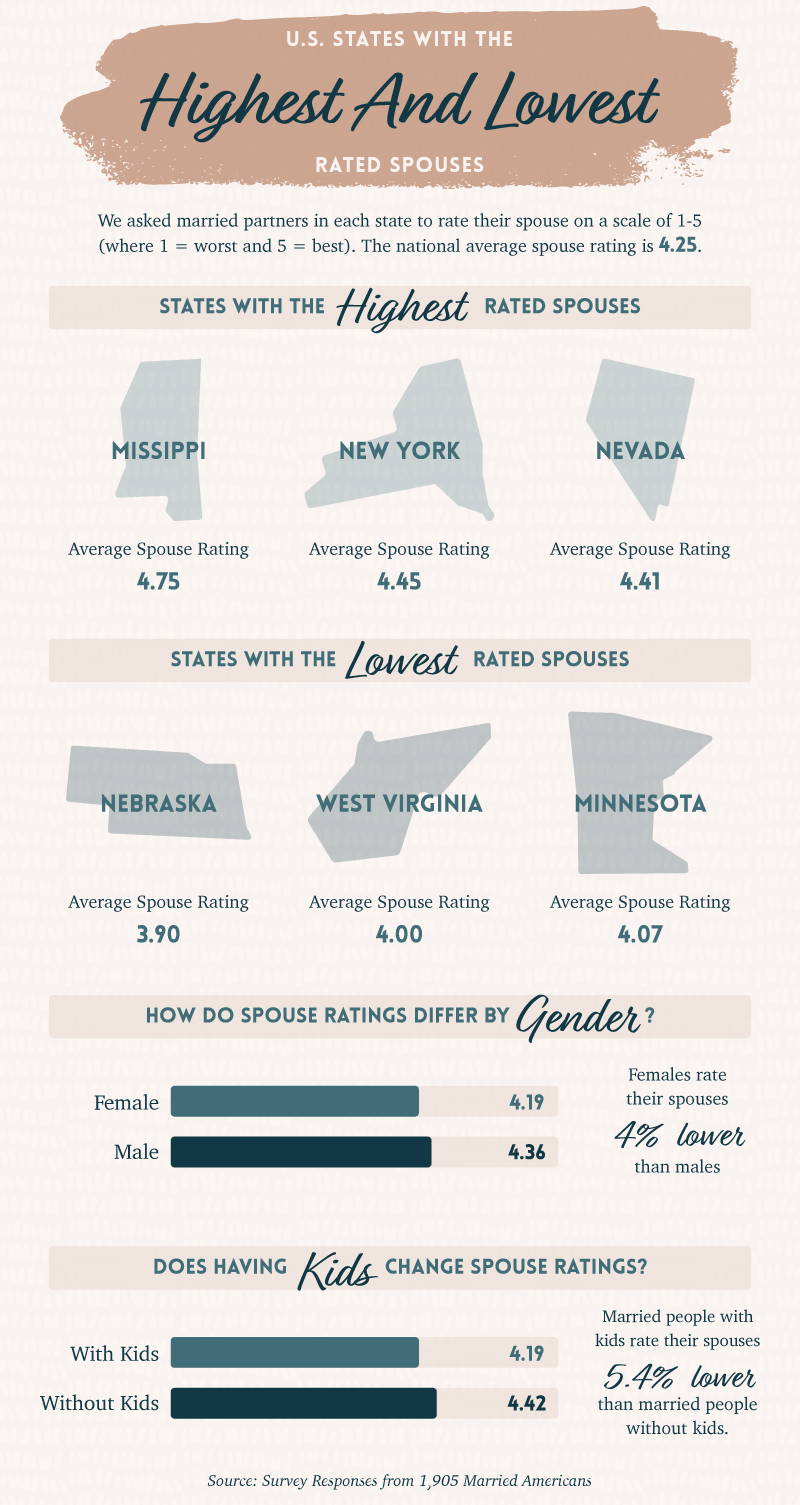 On average, our respondents gave their spouses an overall rating of 4.25/5. This is quite high, but there was a decent amount of variation between states. For example, the three highest ratings come from Mississippi, New York, and Nevada (average rating of 4.54 between these three states), while the three lowest ratings come from Nebraska, West Virginia, and Minnesota (average rating of 3.99 between these three states). That’s a difference of over 13%.

Contrary to popular belief, communication doesn’t seem to be an issue for many of our respondents, as just over 90% of both men and women said they think their partner’s communication is fair, good, or excellent. However, the men could be doing a little better, as 93.6% of men think their wife is an adequate communicator, but just 86.5% of women said the same thing about their husband.

But is there anything that women could be doing better? According to our male respondents, it’s being the first to apologize more often. 85% of men say they’re usually the first to apologize after an argument, while just 62% of women say they’re the ones that have to swallow their pride. And what is everyone arguing about in the first place? The three answers we received the most were money, chores, and sex.

Most of the statistics we recorded imply that the majority of married Americans are quite content with their marriage. Even Nebraska, the state with the lowest average spouse rating, ended up with a 3.9/5, and none of the questions that offered a scale of answers ranging from “very poorly” to “excellent” had more than 25% respond “very poorly” or “poorly.”

As the old saying goes, happy wife, happy life, and what brightens a mood like new clothes? Stay on trend this winter or get a headstart on spring with great deals onjackets,coats,sweaters, rompers,skirts, anddresses.